In dynamic models, matchlist are supported at the Variable level. 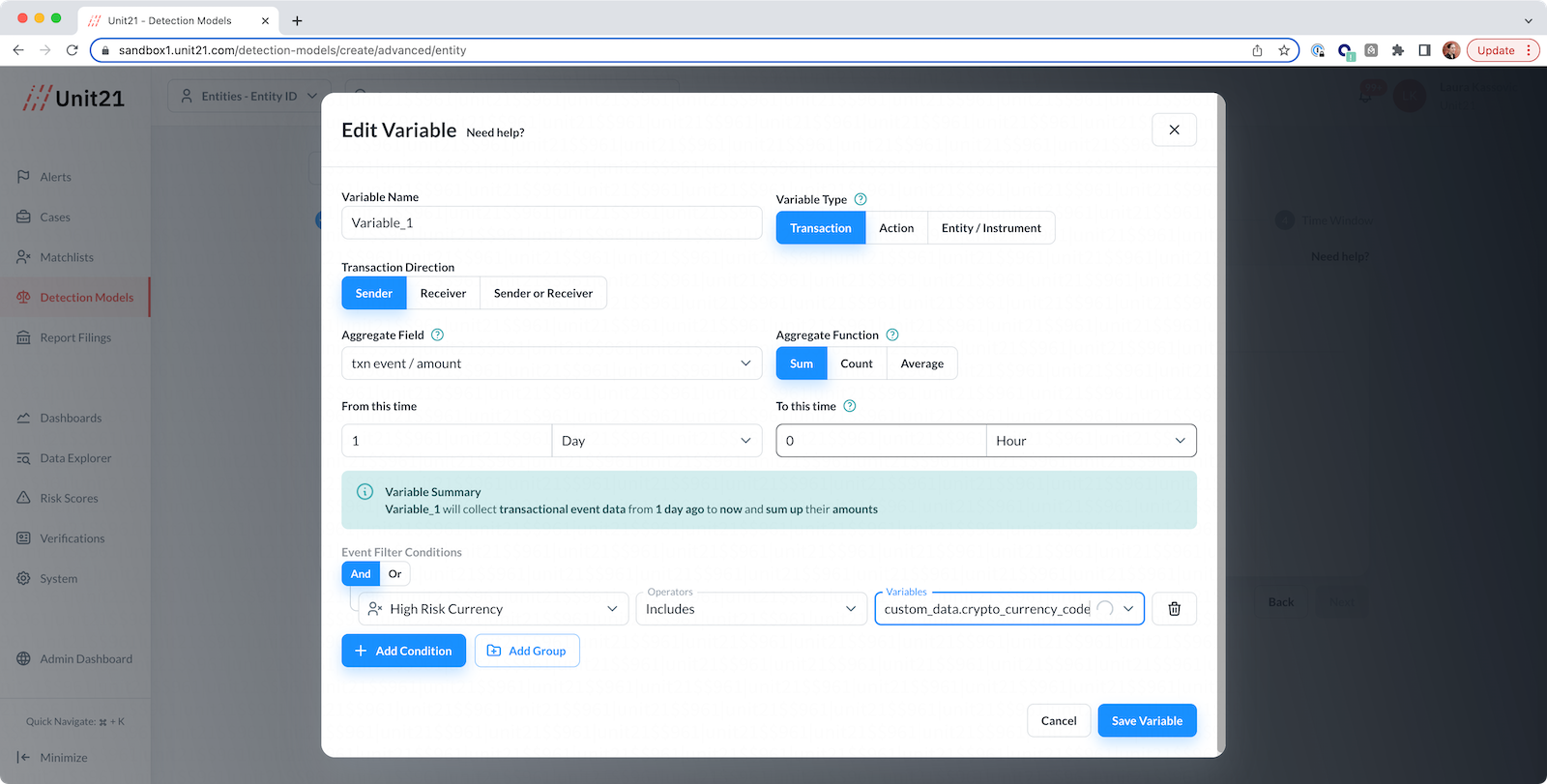 For explanations of matchlist scenarios, with examples, see our scenario reference. 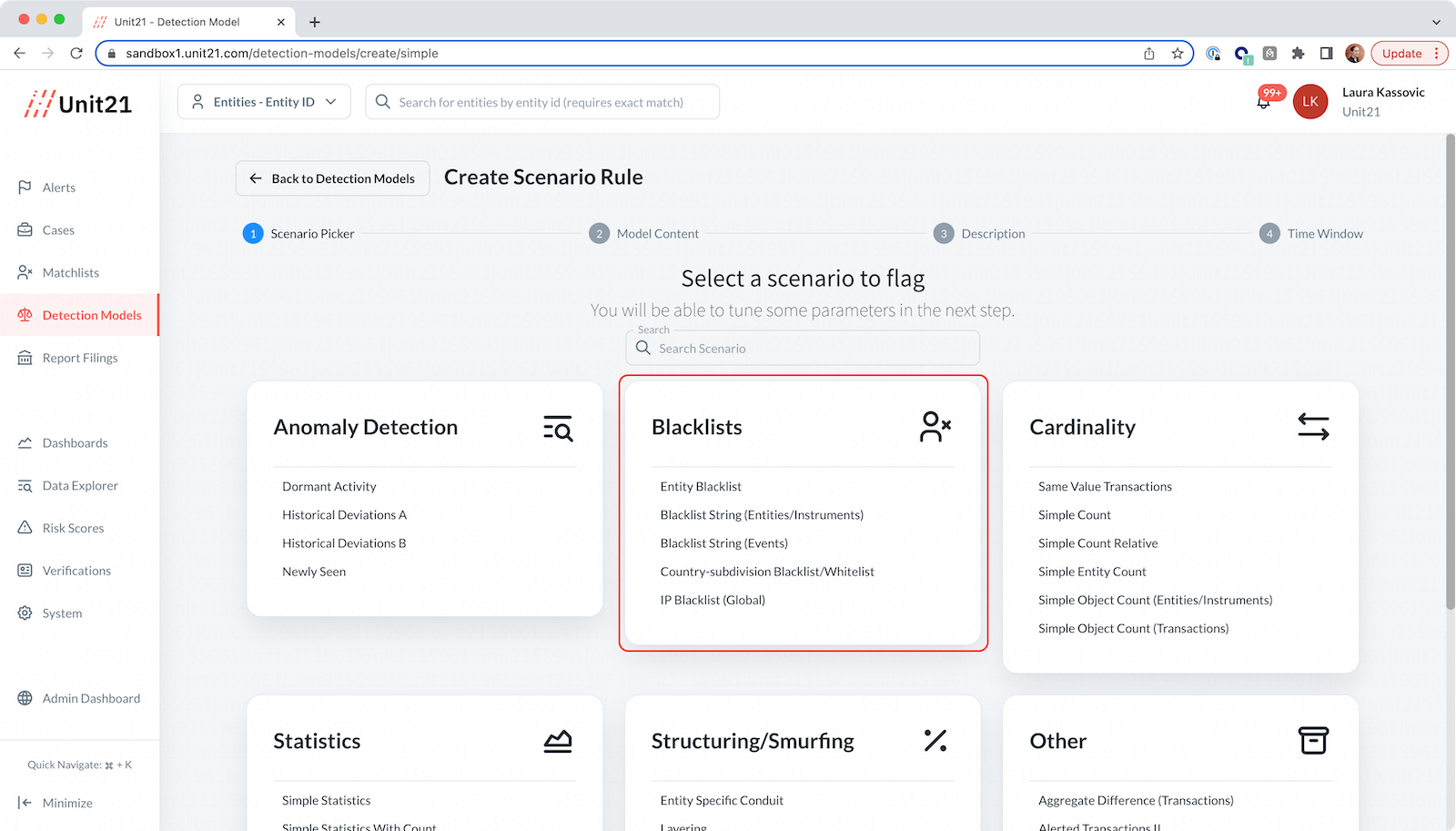 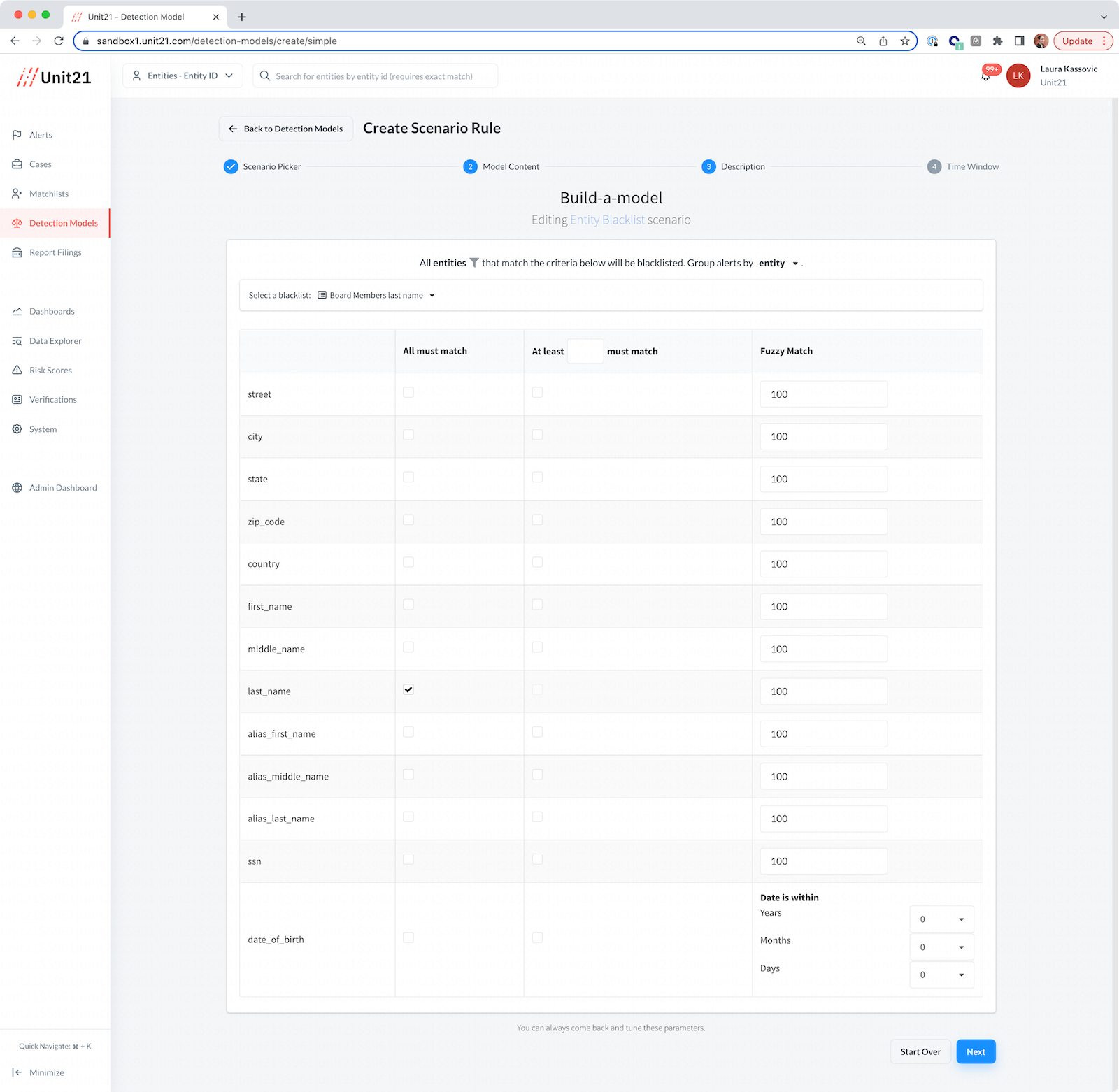 Over time, you may add more items to the matchlist, and the rule automatically updates itself.

Fuzzy match is supported for matchlists in Scenario Models.

After selecting a list and selecting the objects to match in the list such as business_name or first_name, you can also add a percentage in the Fuzzy Match column. This percentage represents how close the match has to be to count.

For example, if the first name of the entity was Herbert and the list contained the name Horbert, fuzzy matching would list this as a match if the percentage was 80% or lower.

The percentage reflects the amount of letters that differ from the object in the matchlist:

Updated about 1 month ago