Each model (rule) in production is associated with an execution time window, which is the period of time over which the model will be executed on. 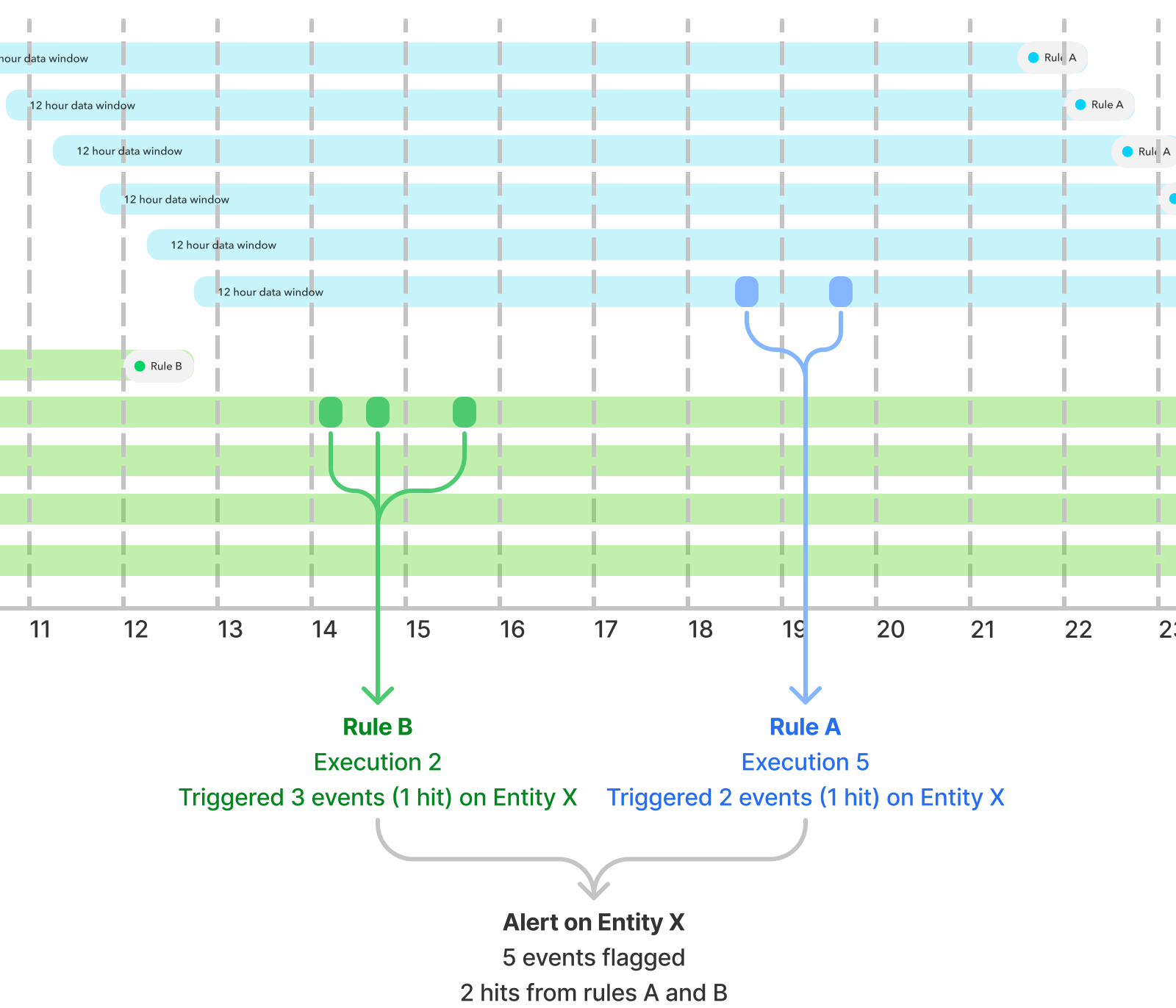 Because models (rules) can involve objects of different types:

Execution strides are pre-defined as ~10-15% of the selected window size. (You select the window size when creating the rule from a scenario).

This sliding window algorithm makes for a level of detection robustness that is state-of-the-art. That said, there is just one unlikely scenarios in which detection will not occur and a false negative will occur.

Refer to the illustration immediately below for an explanation for how this might occur for Rule A described above:

In this image, transaction J and transaction K are both transactions initiated by the same user with amounts greater than USD $10,000.

As long as x + y is greater than 30 mins (stride size), the transactions will be flagged successfully.

There will not be a hit generated even though the transactions technically lie within 12 hours of each other. 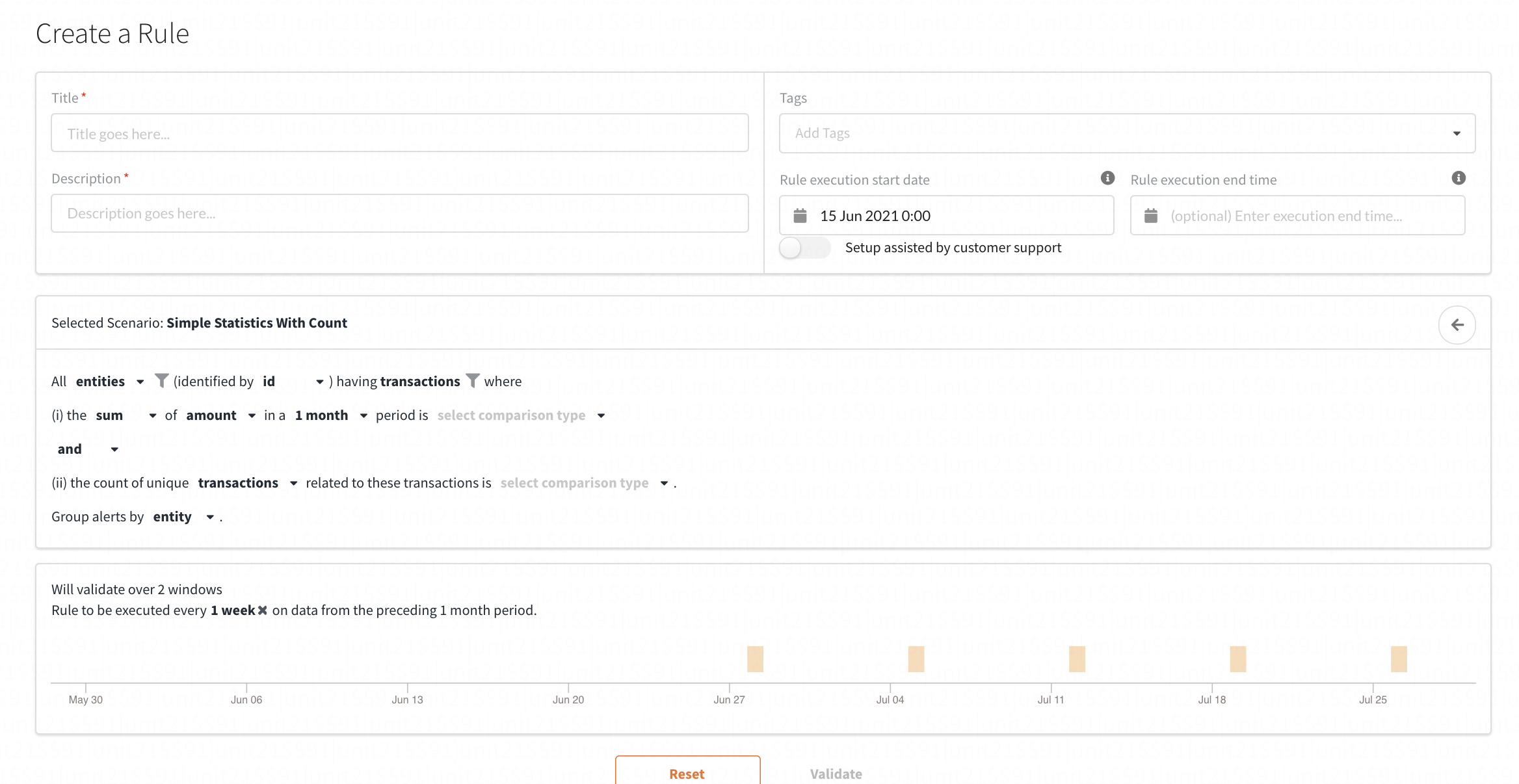 In the example above:

What is the distinction between 1 month and 31 days?

Updated about 2 months ago