What are Dynamic Models?

You can create rules using our dynamic models which is like creating a formula in Excel.

Variables are derived from entities, transactions, or actions. They represent fields on the entity, transaction, or action or act as an aggregate calculation on a particular entity field.

For example: create a Variable called Transaction_Count which will count the number of transactions for a given entity.

An advanced example: create a Variable called SenderEntity_Amount_BadTxnStatus_Past90Days which will count the number of transactions for a sender over the last 90 days with the status RETURNED, FAILED, DISPUTED or CANCELED. 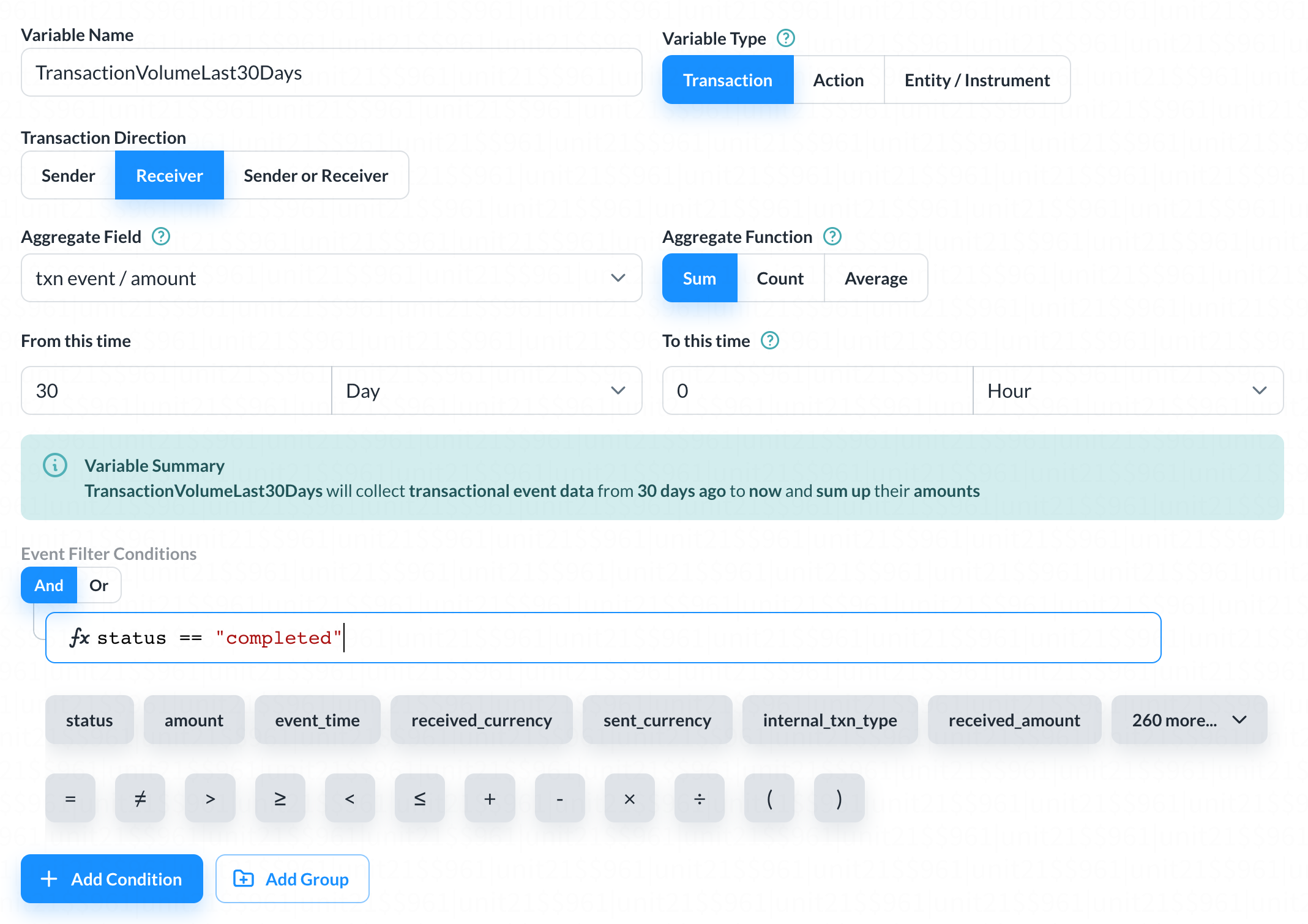 An advanced example: If Amount_Entity_Spent_Over_Last_Month > $3000 and the Transaction_Count of type Debit that have occurred in the last 3 days" > 3; then create an alert.

Updated about 2 months ago