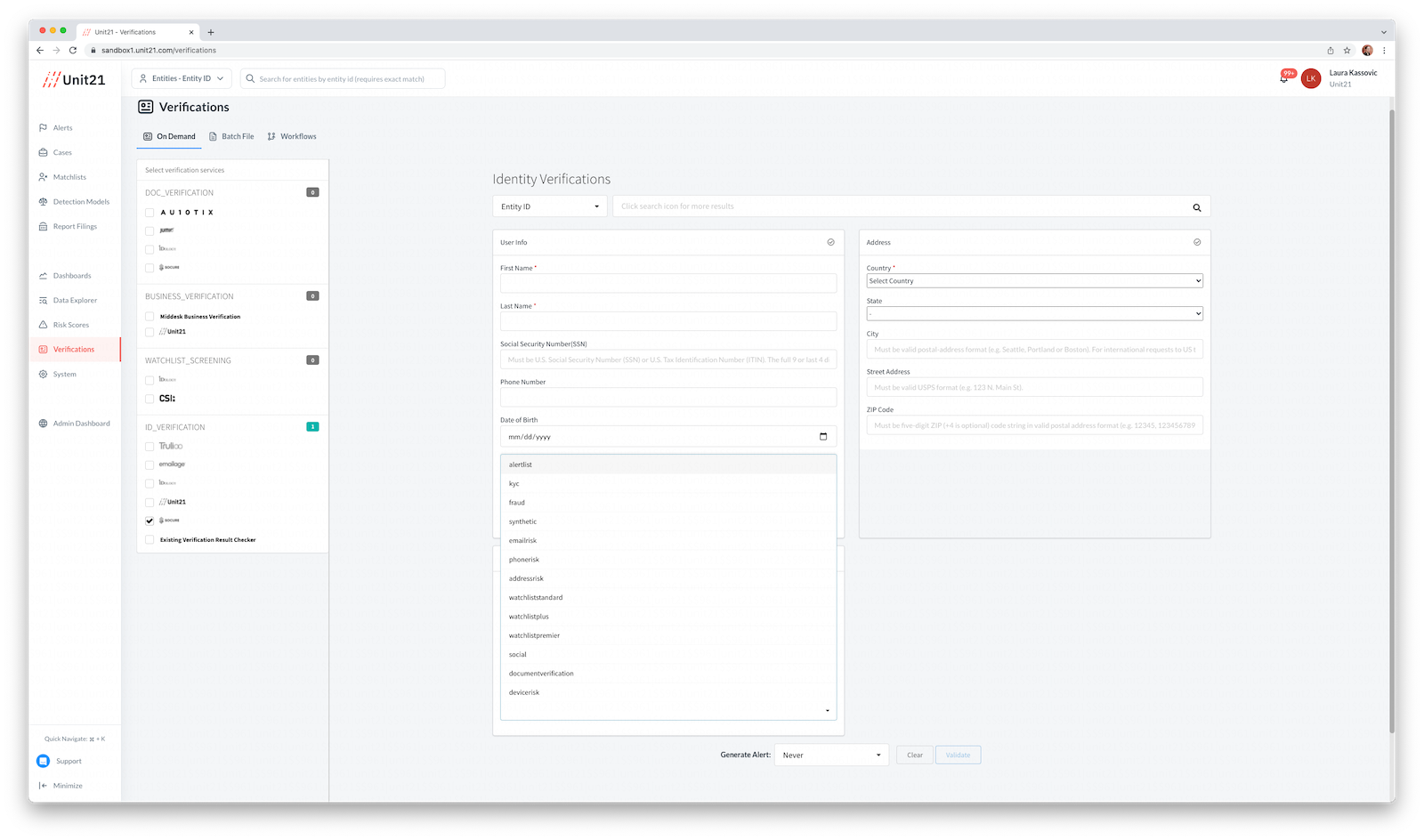 In order to use ID verification, you must:

The modules are described below:

Depending on the module you select, some user entity information is required:

If an alert is generated via the workflow, you will receive the Socure response in the alert.

A successful API request that includes the Document Verification module will return objects that contain information about the document and a result:

There are 4 possible results:

The results will appear in the response as well as the header of the alert: 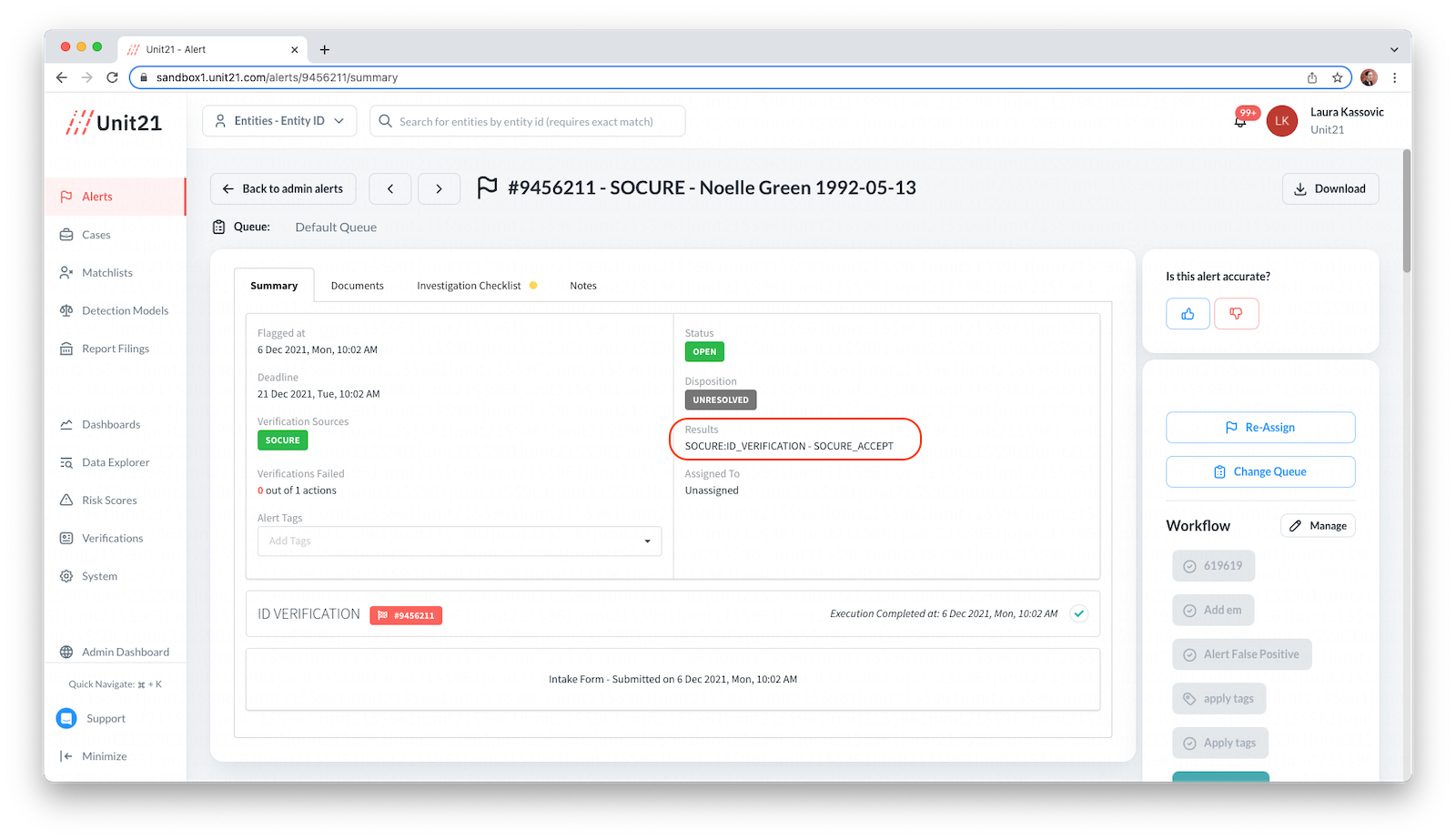 You can view the raw response in the alert:

Each module will include two objects: reasonCodes and score. Of note:

There is no limit to the number of codes that may be returned.
Expect anywhere from eight to fifteen codes per module.
All codes are four characters: one letter and three numbers.
For Risk Scores, the higher the number, the greater the element of risk.

For correlation score, use the score in conjunction with the reason codes when determining correlation. A general rule of thumb: the higher the score, the stronger the correlation. In Correlation Scores:

0.80 – 1.00: Very strong correlation; link confirmed by multiple data sources.
0.65 – 0.79: Strong correlation. Confirmed by at least one data source.
0.50 – 0.64: Weak correlation. Name or part of name linked to either email, address, or phone.
0.20 – 0.49: Link cannot be determined. ID+ was unable to find information to indicate if the information is linked. Correlation status is unknown.
0 – 0.19: Disconnected identity elements. Data sources suggest the email, phone, or address is linked with a different name.

The Synthetic Fraud Score (synthetic) is a number between 0 and 1 that helps predict the probability that the combinations of PII provided at input correspond to a fictitious person.

The Sigma Fraud Score (fraud) is a number between 0 and 1 that helps predict the probability that the identity being presented is fraudulent.

With standardized scores, Socure maps the Raw Score from the machine learning models to a three-decimal number (0.001 to 0.999). This number is directly equivalent to a percentile risk and can be easily interpreted without knowledge of current Raw Score thresholds. With Standardized Scores, 0.990 always represents the top 1% of the riskiest applicants (0.980 represents the top 2%, 0.950 the top 5%, etc.).

The reasonCodes node contains all reason codes associated with the score:

The score node lists the name, version, and score. If using multiple models, each will have a node. Score contains:

KYC searches are sourced from data that is compliant with standards defined in the Drivers' Privacy Protection Act (DPPA) and Gramm-Leach-Bliley Act (GLBA). Summaries of results are presented in the reasonCodes object as explanatory variables of the identity.

The fieldValidation object contains the KYC element match results indicating a correlation between that element and the identity.